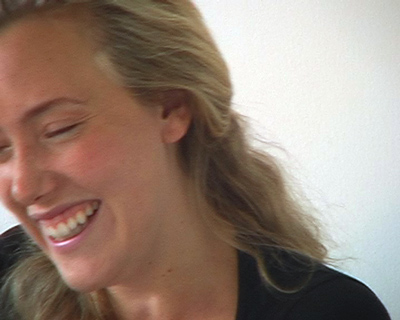 Videoinstallation with two syncronized monitors
placed next to each other.
In the smaller monitor a conversation between
two persons is being showed, but only one of them is being showed in the picture, the other face is hidden.
The larger monitor shows a translation of the conversationin to English in the shape of white sub-titles against a pink background.
The subtitels appear a few seconds before the woman herself pronounces/repeats them and laughs.

This work is about laughter